Our 12 commissioners are community leaders committed to making a difference for all Victorians. A proud Vietnamese-Victorian, Viv has a strong track record in promoting multiculturalism and advocating for the needs of our diverse communities with a career spanning corporate, public and community sectors.

The Victorian Multicultural Commission (VMC) is led by 12 commissioners. They're appointed by the Governor-in-Council for terms of up to 4 years.

As required under the Multicultural Victoria Act 2011, the VMC includes: 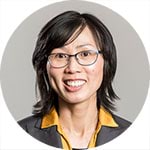 Viv Nguyen is a passionate advocate for diversity and multiculturalism. A business executive and community leader, she has more than 25 years’ experience in the corporate, public and community sectors. In her previous role as President of the Vietnamese Community in Australia – Victorian Chapter, Viv played a key role in advocating for Australia’s first Vietnamese cultural museum.

At the Department of Health and Human Services and Melbourne City Mission, she supported the disability sector’s transition to the NDIS.

Prior to her work in the public and community sectors, she held roles at the AustChoice Financial Services, AMP Asset Management and ANZ Banking Group where she led the global organisation’s diversity strategy. Viv was awarded the Australian Centenary Medal in 2003 and was recorded on the Victorian Honour Roll (2002) for her services to community advocating for women in leadership and Vietnamese young people. 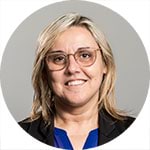 Maria Dimopoulos is a nationally and internationally recognised executive leader and expert on multicultural affairs. Maria has over 25 years of experience in cultural diversity, gender equity justice and human rights. She has worked with government and community as a policy adviser and strategist, community advocate, speaker and mentor.

Trained as a lawyer, she has operated a successful consultancy business for many years, consulting predominately in diversity, gender equality and intersectionality. Maria has worked with and alongside the VMC for many years and in 2017 she was recognised for her contribution to supporting multiculturalism and women from diverse backgrounds with the Australian Migration and Settlement Lifetime Achievement Award. Mohammed Yassin is an emerging young leader and a former refugee, arriving in Australia in 2003 and settling in Shepparton for two years before moving to Melbourne. An entrepreneur and advocate with a passion for supporting multicultural communities and young people, Mohammed is the founder and CEO of Culture and Co, a cultural consulting and training organisation that is working with the government and the non-for-profit sector to create programs that meet the needs of people from refugee and migrant backgrounds.

He is part of multiple advisory boards including the ECCV’s Intercultural Young Advocacy Leaders group. At the Centre for Multicultural Youth, Mohammed provides leadership training for young people from culturally and linguistically diverse backgrounds.

He has completed a Bachelor of Biomedical Science with Honours from the University of Melbourne and worked as cancer research scientist with the Peter MacCallum Cancer Centre.

Khayshie Tilak Ramesh is a passionate advocate for the inclusion of youth voices and diverse communities. Khayshie is an active member of her local community in Bendigo, as Youth Mayor and Chair of the City of Greater Bendigo Youth Council. She also co-founded and served as Vice-President of Young People for Refugees, a youth advocacy service in Bendigo. Khayshie is a Board Director of Loddon Campaspe Multicultural Services and ARC Justice; a member of Ambulance Victoria Community Advisory Committee and City of Greater Bendigo Economic Strategy Committee; and was a member of the Victorian Government’s Multicultural Youth Network. She is also a Multicultural Ambassador for Bendigo Foodshare. Khayshie was recognised as Young Citizen of the Year in 2017 and was named in the Top 100 Future Leaders. In 2019, Khayshie was awarded the Law Institute of Victoria’s Law Student of the Year. Sisay has managed and worked on a number of programs to assist new migrants to compete in the local labour market – especially in industries experiencing skills shortages – through job search plans, Australian work culture orientations and employability skills training. Tina Hosseini is a researcher at Deakin University who is currently working on a prevention-based adolescent health project. She is an active member of the Victorian Red Cross board and the Iranian Women’s Association, and more recently joined Deakin’s cultural diversity and inclusion working group and the City Local Learning and Employment Network.

She originally joined the VMC as Youth Commissioner, having been a member of the Multicultural Youth Network and holding youth leadership roles at the Red Cross, the Federation of Ethnic Communities’ Councils of Australia and Spectrum Migrant Resource Centre. Tina completed a research-based Master of Science at the University of Melbourne with a focus on fetal physiology. 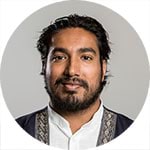 Shankar Kasynathan came to Australia with his family as refugees. Over the past 15 years he has worked closely with refugee and migrant communities in Victoria, the Northern Territory and the ACT. A skilled communications and public policy specialist, he has degrees in Economics and Public Policy. He is an active supporter of community organisations that help to build partnerships and social cohesion in regional areas. Since December 2017, Shankar has been the National Refugee Campaign Manager with Amnesty International Australia. He is also a non-executive director of Loddon Campaspe Multicultural Services and an adviser to Welcoming Australia. 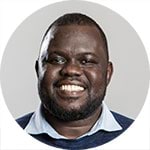 David Nyuol Vincent is a dedicated refugee and multicultural community advocate with a passion for social inclusion, justice and equality. David has worked in the community sector for over 10 years, including at the Brotherhood of St Laurence and the Centre for Multicultural Youth.

He is a former Youth Ambassador for the Victorian Equal Opportunity and Human Rights Commission and currently leads community engagement for Initiatives of Change Australia. David is a refugee and has published the book The Boy Who Wouldn’t Die, a memoir about his life as a child solider and his journey to rebuild his life in Australia as a community advocate and humanitarian. 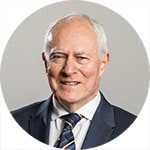 Walter Rapoport is a former Chairperson of the Council of Christians and Jews (Victoria) and edited the Council’s annual journal, Gesher, from 2013 to 2016. Walter has had a long and abiding interest in interfaith and intercultural engagement and served as the inaugural Chairman of the interfaith relations committee of the B’nai B’rith Anti-Defamation Commission, an Australian organisation dedicated to combating anti-Semitism and all other forms of racism and hatred. He also chaired the steering committees of two projects delivered under the Commonwealth Government’s Living in Harmony grants program, ‘Building Bridges’ and ‘Embracing Youth’. He is cofounder and joint-CEO of a finance company. 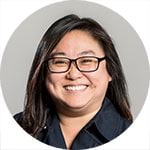 She is a former VMC Multicultural Champion and President of the Australian GLBTIQ Multicultural Council, a national body that advocates for the rights of multicultural and multifaith LGBTQI+ people and communities. Judy has a doctorate in neuropsychology and is a practicing Clinical Neuropsychologist. 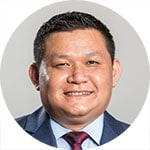 Bwe Thay is a passionate advocate for a multicultural Australia. He has held many leadership roles within Victoria’s multicultural sector with a focus on education and employment for new and emerging communities. He has received a range of community and academic awards for his contributions, including the VMC’s 2018 Emerging Leadership in Multiculturalism Award.

Bwe has also been a member of the VMC Eastern Metropolitan Regional Advisory Council since 2017, providing information about issues and challenges impacting multicultural communities in the region. Bwe arrived in Australia in 2009 as a refugee migrant. He is a graduate from the Australian Catholic University, and currently works as the Migrant Student & Community Liaison at the Swinburne University of Technology. Rosaria Zarro has been an educator for the past 17 years, with experience teaching Italian, science and history in government schools and cultural organisations. She has worked for Museum Victoria, Museo Italiano and the State Library of Victoria to produce and deliver education programs based around their exhibitions and collections. Rosaria has delivered many innovative programs in the Italian language at the Melbourne Museum, Immigration Museum and Scienceworks and more recently has worked on the development of programs and resources in French, Spanish and Japanese. She continues to teach in a school as well as coordinating a student exchange for students in Italy.