Upstanding citizens – Having the Courage to Care

There are so many people and organisations doing important work in the community to promote multiculturalism. Today we take a look at not-for-profit Courage to Care.

When you see something happening in public that you know is wrong, what do you do?

Maybe you’ve witnessed verbal abuse on the train, or sensed the threat of violence at a pub, or heard culturally insensitive language at a sports game.

Do you mind your own business and keep quiet? You’re just an innocent bystander, after all.

Or do you attempt to help the person being targeted in some way?

If you try to help, you might be what the non-profit organisation Courage to Care calls an ‘upstander’.

‘If you’re a bystander, you’re not neutral,’ explains Courage to Care CEO Mike Zervos. ‘You’re actually validating the behaviours you’re seeing; you’re saying it’s okay. Upstanders are people who just have the courage to care about others when they’re in an intimidating situation.’

It’s a game-changing concept that Courage to Care has presented to more than 150,000 Victorian students over the last 29 years.

An initiative of the global Jewish service organisation B’nai B’rith, Courage to Care has a team of volunteers running presentations in schools. These sessions shine a light on extraordinary acts of courage throughout history. The hope is that seeing these examples of real people who made a positive difference will inspire students to take small interventions that can make our community a safer place to live.

When bystanding can lead to tragedy

‘The examples we use in our sessions can feel extreme,’ Zervos says. ‘We take learnings from the Holocaust and genocides. These terrible events didn’t begin with gas chambers, they started with inappropriate behaviour that wasn’t called out by enough people. So, we look at the people who did see it was wrong, upstanders who were brave in the most extreme circumstances and helped others.’

The presentations highlight people who assisted Jewish families to avoid capture by the Nazis, as well as activists like Aboriginal Australian William Cooper, who famously marched to the German Consulate in Melbourne in 1938 to protest against the persecution of Jewish people.

These actions carried genuine risk, but the people who took them felt they were one way they could personally help others in a horrifying situation.

Examples like these can serve as a template for how students can address conflict they observe, from bullying in the playground to harassment witnessed in public, later in life. 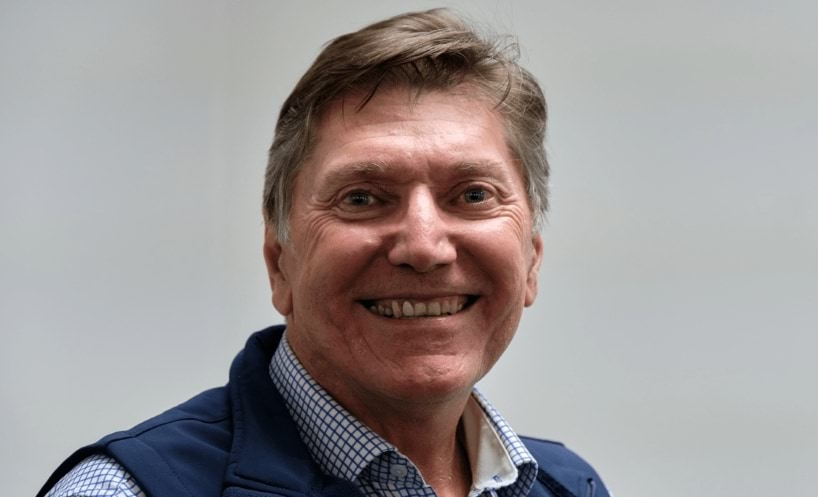 How to be an upstander

‘The sessions encourage students who see something inappropriate to take action in a way that is comfortable for them, but can also make a difference,’ Zervos says.

‘We don’t prescribe actions, we ask the students to think about what they could do to be an upstander.

‘We’re not telling anyone to jump into the middle of a fight. You should never put yourself in personal danger. The best thing you can do in the moment might be to tell or call an authority. Maybe you would stay nearby a threatening situation, but out of harm’s way, until the authority arrives. Or it might be to acknowledge the victim afterwards, to make sure they’re okay, and let them know what happened to them was not right and you’re there to support them.’

The presentations also work in reaching many potential perpetrators of harassment, to stop the behaviour at the source.

‘We like to help people see situations empathetically, to put themselves in the shoes of the person suffering,’ Zervos says. ‘And often that means comparing it to something they can relate to. We say things like, “How would you feel if someone spoke to your little sister or brother like that?”’

We can all become upstanders

While the sentiment of Courage to Care’s work often stays with students throughout their lives, the organisation has also worked directly with adults. They have run sessions for police academies, corporate organisations and groups of teachers.

‘The content is similar to what is presented to schools,’ Zervos says. ‘Though we adapt it to complement an organisation’s methods for taking action on inappropriate behaviour of staff, which may involve a reporting process or employee assistance programs.’

All of Courage to Care’s work, be it delivered to children or adults, remains guided by a quote from Irish philosopher Edmund Burke:

‘The only thing necessary for the triumph of evil is for good people to do nothing.'

Courage to Care was highly commended at the VMC Multicultural Awards for Excellence in 2020. They aim to reach 30,000 more students by 2023, as part of their ‘30/30 Vision’. They are currently seeking volunteers to join several sub-committees running within the organisation. You can learn more about their work here.

If you would like the VMC to potentially feature the work of a person or organisation you know, please email us.